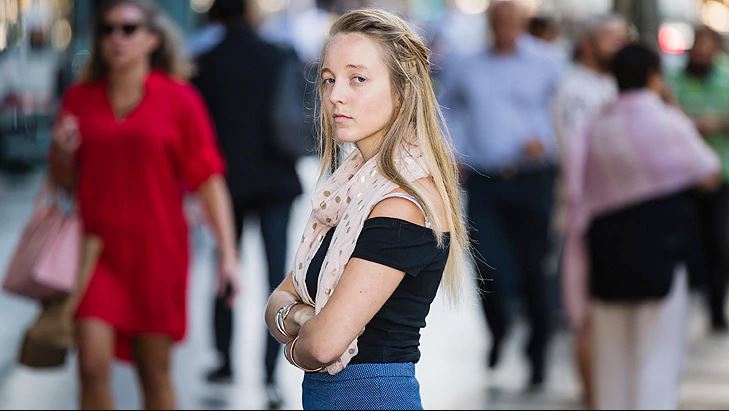 When Sydneysider Caitlin Hession bought her Brunswick apartment off the plan in 2015, she thought she was making a smart financial move – Melbourne properties were much cheaper.

She packed up and moved south, and after living in the apartment for over a year, signed a lease in Windsor to be closer to friends – and rented out her Brunswick property.

Instead of putting the 28-year-old project manager in a stronger financial position, the move left her struggling to keep up with day-to-day living expenses. Her tenants were consistently late with the rent.

Victorian rental laws allow tenants on fixed-term leases to be up to 14 days in arrears before they can be evicted, and Ms Hession said her tenants were using this to their advantage.

For the five months they have lived there, Ms Hession’s tenants have been in arrears by at least 12 days. It has left her behind by up to $900 each month, because she relied on the rent to pay her mortgage.

“They’re very savvy, they know that they have to pay a little bit before the 14th day,” she said.

“For a few days before payday it’s been water and flour pancakes. Landlords are obviously seen as big, bad, Donald Trump people, but if you’re like me it’s not like that at all – you’re literally on such a tight budget every month to be able to do it.”

“As household costs increase, as land tax comes through, as council rates increase – all of those expenses, I have owners who ring each day to say ‘has the rent come in?’” Ms Calnan, a property management specialist, said.

She advised landlords to have a month’s rent in reserve where possible, and to try to come to a solution with their tenant – such as paying the rent fortnightly rather than monthly.

“Have their property manager talk to their tenant and say ‘you’re always in arrears, is it because this is the way you operate or is it something else and can we help you?’”

In NSW, if landlords can prove hardship to a tribunal, they are able to end a tenancy during a fixed term agreement. There is no such provision in Victorian law. Landlords can only end a tenancy if they can prove the tenant is in arrears by more than 14 days, or that they have broken the agreement in another way, such as using the premises for illegal purposes.

Once a fixed term lease has ended, landlords had more options to remove tenants from the property, including the no specified reason provision which requires 120 days notice.

Proposed changes to the act by the Andrews government would remove the no specified reason provision for ending a lease, but landlords could still end a tenancy at the end of a fixed term with 90 days’ notice.

“We’ll have more to say about our rental reforms this year,” Ms Kairouz said.

Ms Hession did manage to serve her tenants with a notice to vacate and schedule a Victorian Civil and Administrative Tribunal hearing, to no avail.

“The case was dismissed on a technicality because I sent the notice to vacate on the 14th day and they’d paid a little bit the night before, so it was 13 days in arrears when the notice was served,” Ms Hession said.

She said she didn’t think changing her tenants’ payment schedule would fix the problem, and that her agent had tried to find a solution, including allowing them to end the lease agreement without any consequences.

Even selling the property was not an option, because the tenants sent Ms Hession’s agent a letter threatening to seek compensation for holding open homes.

She will now wait to sell once the lease expires in September, and said she would not consider renting it out again, even though she could get better tenants.

“I think it’s very rare, but in the event that you’re unlucky like me and it does happen, there’s no protection – it’s just basically ‘too bad, you have to deal with it’.”