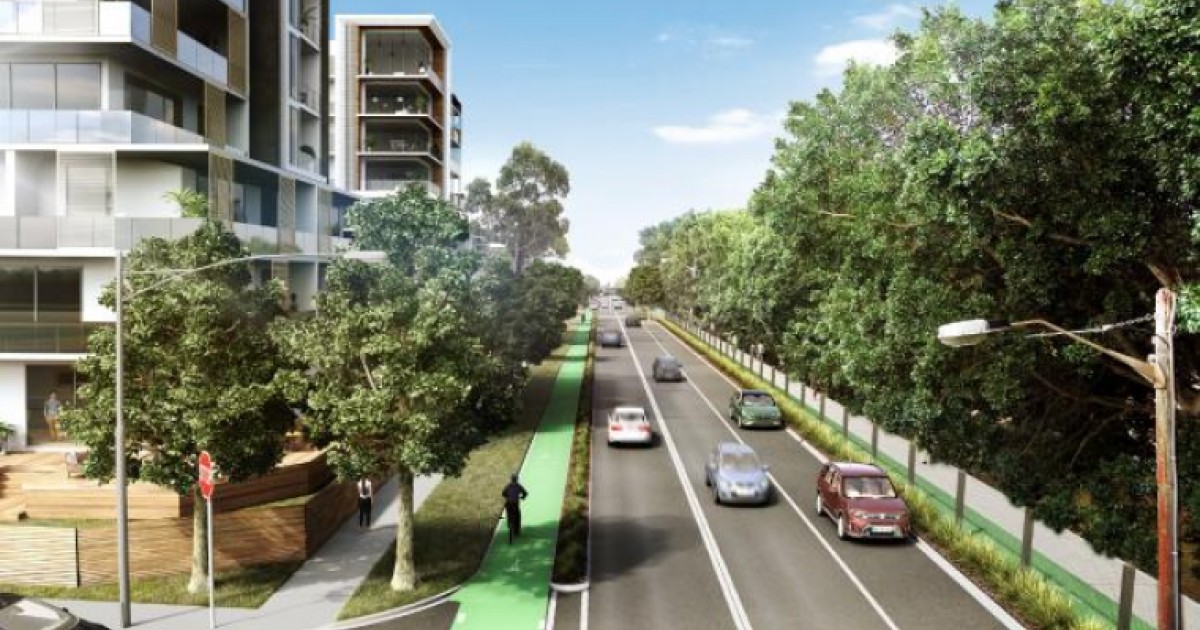 The value of land in one Sydney suburb increased by almost 40 per cent last financial year, as the pulsating property market and the rezoning of land drove up values across the city and state.

Land values across NSW increased by more than 11 per cent in the year to the middle of 2016, the latest update from the NSW Valuer General said, taking the total value of land in the state to about $1.5 trillion.

The increase in values will eventually put pressure on council rates. Higher land values are one of the factors used by councils to determine what they charge property owners, though rates are currently frozen for councils that have undergone mergers.

Across Sydney, the rate at which land values increased last year varied markedly by area.

The largest increases tended to be in parts of the city subject to rezoning decisions by councils or state governments. Those decisions typically allow more properties to be developed on a given plot of land.

In Burwood, the value of residential land rose by 37.5 per cent in the 12 months to July 2016, the largest increase in the state.

The sharpest increases within Burwood were around the town centre and along Parramatta Road, where the government has released an “urban transformation strategy” foreshadowing higher density apartment construction.

In some parts of Burwood, such as Milton Street parallel to Parramatta Road, land values doubled within the year.

The chairman of urban and regional planning at the University of Sydney, Peter Phibbs, said the dilemma for Sydney was that largest increases in land values were being caused by government policies, but the largest benefits were “reaped by the landowners without any consideration of generating public benefit from that increase”.

Other areas near Burwood also experienced large value increases last year. Residential land values in Strathfield, for instance, rose by 29.7 per cent, and values in Canada Bay increased by 17 per cent.

The Valuer General, Simon Gilkes, also noted strong increases in land values in Sydney’s north-west and south-west suburbs. These are the primary areas for new outer-suburban housing development in Sydney, where rail lines have either recently been built or are under construction.

Land values increased by 27.1 per cent in Campbelltown in the south-west, and 17.3 per cent in the Hills Shire in the north west.

The Greater Sydney Commission, charged with drawing up plans to shape the nature of development through the city, has proposed that 5 per cent to 10 per cent of the increase in value on new development projects should be used for dedicated affordable housing.

Professor Phibbs said the latest land value figures showed a need to implement that policy, or something more forceful.

“Otherwise Sydney’s just losing opportunities to provide more affordable housing and lining the pockets of a small number of landowners,” he said.

The increase in land values, however, was smaller in more eastern areas of Sydney. Across Sydney’s east, overall, values increased by about 5 per cent, Mr Gilkes said.

Bill Randolph, the director of the City Futures Research Centre at the University of NSW, said local councils needed to be equipped with the skills to understand the value they create with zoning decisions.

“We need a much more transparent process in our planning system, which would make clear what value is being created through development approvals,” Professor Randolph said.

The government has said it aims to try and capture some of the value created near a proposed light rail line around Parramatta. It also wants to use that captured value to help fund a new metro rail line linking central Sydney, the Bays Precinct, Olympic Park and Parramatta, to be built some time in the next decade.