Are Australian households on the edge of a debt crisis? 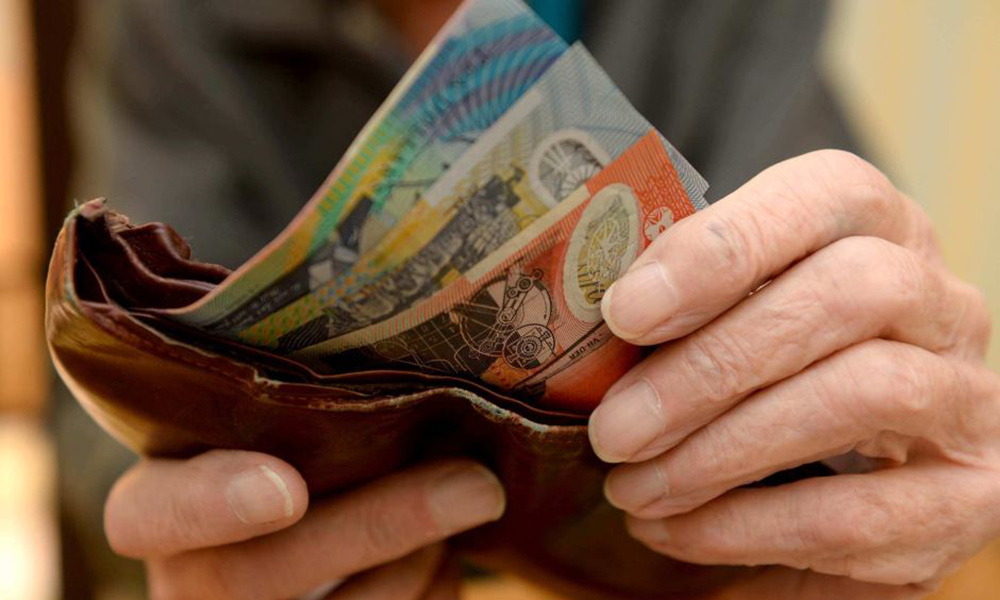 You know that feeling when you lose your wallet? You feel it in your gut, and in your chest, and the back of your throat.

You’re in a state of stress.

The reason we feel so much stress is that we need money to live, and when you don’t have control over your wallet, someone else may have.

For many Australians, similar feelings arise when they discover they are unable to meet a rent or mortgage payment, and quite a number of people are in, or are close to that position.

According to research group Digital Finance Analytics, around 20 per cent of “middle income” Australians have no room in their budget for unexpected expenses.

Financial Counselling Australia said that the slightest wind — a metaphor for rising unemployment or higher interest rates — could produce something like a catastrophe for households.

What on earth is going on?

The big picture is pretty clear.

The world binged on dodgy debt between 2003 and 2007, producing a credit crunch and a financial crisis.

Australia sidestepped much of the economic fallout because of the nation’s ties to China. There was a huge surge in the demand for iron ore and coal, something Australia happens to be very good at producing.

Fast-forward to July 2014, and the price of iron ore was in the middle of a worldwide sell-off. Commodities prices crashed, as did Australia’s terms of trade.

The Reserve Bank moved to stem the financial bleeding by dropping interest rates. The idea was to prop up the economy by stimulating the housing market, and in turn, construction.

It worked and Australia avoided a recession.

The cost has been two capital city housing bubbles (NB: there’s no official definition for the term ‘bubble’) as interest rates have remained at record lows and investors have seized a rare cheap debt opportunity.

In addition, low- and middle-income families are taking advantage of some of the cheapest borrowing rates in history.

Many Australians already in financial distress

Let me throw a statistic at you: the latest Reserve Bank data shows household debt makes up 187 per cent of total disposable income. That puts Australia right at the top, globally, in terms of how much debt households are carrying.

For many it’s already become too much.

The Salvation Army told the ABC earlier this year that there was a four-week wait time to speak with a financial counsellor.

The National Debt Helpline has also been overwhelmed with calls. In January last year around 11,000 people tried to get through to a counsellor, and this January, that number shot up to 14,000 people.

Many calls went unanswered with the helpline officially “at capacity”.

Financial Counselling Australia, which helps coordinate the helpline, said it experienced its highest-ever number of calls on January 17, with some callers distressed to the point of desperation.

When I paid them a visit last week, a counsellor was speaking with a man from regional NSW who, through illness, had run out of money.

But the counsellor told me that for most people, it begins with an unexpected bill, or you lose your job and miss a mortgage payment.

The stress of that takes a toll on your relationships, leading to separation, and finally, you fall ill.

It’s at that point many Australians reach out for assistance in the form of government-funded financial counselling.

Many Australians are financially underwater.

In Western Australia, for example, the market prices of many folks’ homes have now fallen below the value of their mortgages.

It’s the opposite end of the scale in Sydney and Melbourne, where those who have bought at the peak of the property cycle are struggling with their mortgage repayments.

If you kept on experiencing bouts of nausea, you’d go to the doctor, wouldn’t you?

Well, the economy is experiencing its own sort of nausea. Allow me, if you will, to diagnose the problem.

That’s because overall demand in the economy is weak and consumers aren’t showing much enthusiasm.

For instance, over Christmas retailers decided to slash their prices to bring more customers through the door. They were successful, but not successful enough to make up for their massive discounts.

As a result, profits came down. While profits are under pressure, employees stand little chance of successfully bargaining for a pay rise. Those same employees, then postpone their own spending decisions … and the cycle continues.

You end up with low inflation, low wages growth, and a subdued economy.

Enter record-low interest rates, like the flashing lights of a slot machine. It’s never been cheaper, or more enticing, to borrow money.

So, that’s what Australians are doing. The problem is that while borrowers have taken on more and more debt, their wages haven’t moved much at all and the end result is a python-style financial squeeze.

If you lose your job, it won’t be long before you can’t pay your mortgage, so the unemployment rate is obviously a key economic issue for policymakers.

Fortunately it doesn’t look like it’ll be rising significantly higher from where it currently stands — between 5.5 and 6 per cent — in the short term.

But the outlook for interest rates is not so positive.

Despite reassurances from the Reserve Bank that it’s going to keep the record-low official cash rate on hold, the commercial banks may be forced to raise their mortgage rates independently of the central bank.

That depends on the outlook for “wholesale” or overseas rates, including US interest rates, which are expected to rise.

As it stands, around 20 per cent of households have already pushed their budgets as far as they will go.

I’ve got bills, I gotta pay…

Recent heatwaves spanning several states no doubt saw air conditioning systems and fans being cranked up to full blast right across the country, and the cost of energy and utilities more generally in Australia is rising.

Financial Counselling Australia and the Salvation Army said energy bills were all too often the financial commitment that pushed many households over the edge.

For those who are on a financial knife’s edge, the next utility bill could produce some anxiety.

More generally, though, households need to step back from debt. It has the potential to cause an enormous amount of disruption to the economy, and at a human level, many thousands of Australians are already feeling its sting.

Having too much debt is a bit like flying an old Boeing 747 plane with just one engine. You’ll be OK, for a while, but lose that second engine, and you’re moments away from a free-fall.

This article first appeared on The ABC News website.