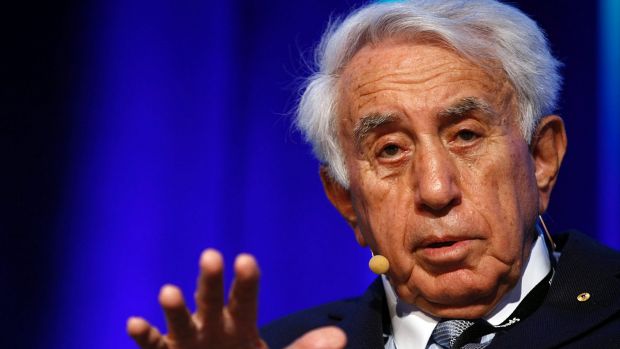 A promise by the NSW government to protect renters’ rights has the premier facing a potential showdown with the city’s richest man who is threatening to stop constructing thousands of rental properties in a move that could drive up rents across Sydney.

Following a promise by the opposition to extend the default length of rental leases and limit the frequency of increases, the state government last week announced it had been developing its own renters’ rights reforms to be brought into parliament early next year.

But the founder and owner of development and rental giant Meriton, Harry Triguboff, has warned Ms Berejiklian lengthening tenancies or limiting rent increases overly would cause the company to pull the thousands of properties it currently has in the rental market, a move that could potentially raise costs.

“I will sell all the rental properties, which I will vacate and I will not build any new ones,” Mr Triguboff said to The Australian Business Review on Wednesday. “If I don’t get the answers [about any policy impact on investors], I will not renew any lease.”

Mr Triguboff’s threat, if enacted, could reduce the supply of new rental housing and raise rents.

The potential stoush could become a major political problem for a government fighting to retain Liberal seats with high numbers of renters at the next state election in 2019.

In the formerly safe Liberal seat of North Shore, where the government’s margin was recently shredded in a by-election, about 47 per cent of people rent.

About half of Meriton’s thousands of apartment developments are rented. In the suburb of Zetland alone, in south of the Sydney CBD, Meriton has developed over 10 apartment projects.

Labor’s proposal would extend the default length of leases from six to 12 months and limit rent increases to once-per-year. It also included provisions for tenancies of up to five years but only “in consultation with the industry”.

The announcement of that package in a story by Fairfax Media last month is understood to have prompted an angry response from Meriton to at least one senior Labor figure.

In the Review he argued the reforms including limiting rental increases would undermine the company’s current business model of developing apartment blocks and raising rents gradually to reach “market rates”.

Ms Berejiklian’s office declined to respond to questions about the comments.

Better Regulation Minister Matt Kean is yet to specify what the government’s package will entail but has said the government was considering a range of options including fairer lease-break fees for tenants and strengthening their rights to maintenance.

Fairfax Media revealed Labor’s plans to reform tenancy agreements in an article that included claims by a previous Meriton tenant to have been blacklisted by the company; a claim the company strenuously denies.

Mr Triguboff declined to comment and did not respond to questions asking whether he had spoken to the Premier or Labor.

“[That] story last week is being used by me to demonstrate the bias of Fairfax press,” he said.

Mr Triguboff, who has been on BRW’s rich list for the entire 33 years of its existence, was this year knocked into second place by Melbourne-based Anthony Pratt.

Ministerial diaries published this week for the previous quarter show that representatives from Meriton met with the Premier, Treasurer and Planning Minister in September to discuss the state’s housing market, planning and transport.

This story was found at: http://www.smh.com.au/nsw/meriton-warns-action-on-renters-rights-could-spark-construction-strike-20171101-gzcx3p.html